Oh Netflix…our first, our last, our everything. The original streaming behemoth, it’s simultaneously awesome, and also a daunting scrolling labyrinth without end. Before you’re kidnapped by David Bowie in tights, let us help you through, with our current favs.

You couldn’t make this up. Like most, we were aware of the general details, but the truth of the OJ Simpson ‘trial of the century’ is actually 100% pure uncut WTF. Imagine  a revered sportsman turned actor  – say Ritchie McCaw combined with Michael Galvin – a suspect in his wife and her partner’s murder, fleeing the police down the motorway, as the nation watches live on the news. And that’s just the beginning. Before it’s over, the twist and turns have everything from the Kardashians to a Nazi. Now you ask: how did the most guilty man since Ted Bundy walk free? This is where the filmmakers have painted a nuanced and thoughtful social background to the case. The appalling injustice of the Rodney King beating at the hands of the police, and the subsequent not-guilty verdict caused an outpouring of anger and rioting on the streets. LA was ablaze. When you consider that the LAPD has a diabolical record of abusing people of colour, it all starts to make sense. Especially considering what happens in the trial, which we’re not going to tell you. It’s great storytelling, with a fantastic cast – put it in your eyeballs. Note: John Travolta’s fearsome forehead caterpillars should have received their own credit (refer to exhibit B, for brows, above). They are standout nominee for film and television’s greatest eyebrows. Prove me wrong.

tell me who I am

- What to watch on Netflix

Neon started off as ‘that other streaming service’ that you didn’t bother with, but it merged with Lightbox, and now since it is chock full of HBO goodness, the Neon icon gets a frequent smiting of the index finger.

i may destroy you

Every town across the world should have a statue of author Maragret Atwood, with “I told you so” written across the plinth. As one of our favourite authors, she creates future worlds that act as incisive analysis of our present day. The Handmaid’s Tale imagines the U.S.as having devolved into a fascist christian state where women have no rights. I know preposterous, huh? This is an excellently made show, beautiful, riveting, emotional and brutal in equal measure. The always good Elisabeth Moss stars, perhaps drawing on her personal life as a Scientologist as an insight into cults. This show has in our opinion not one, but three of TV’s greatest villains: Aunt Lydia and Commander Waterford are fiends, but both are eclipsed by his sadistic and sociopathic wife, Serena. If you like a good shout at the TV, tune in.

We know that every smug all-knowing cinephile or film school bully has told you that you MUST watch ‘The Wire’, however just get it done. It’s fantastic. One of the greats. You MUST watch it. Argument over. Do it.

- What to watch on Neon

Just in case you haven’t had enough of Jeff Bezos (he sells you everything, his  employees have to wee in a bottle, look up – he’s in space!) here’s Amazon’s streaming service. All hail to the Nietzschean supermen! May they rule us wisely. Now, be entertained citizen…

It’s better than you think. There is a  genuinely skilful ensemble cast and the cinematography is often sumptuous. A couple of times we’ve thought “I can’t believe I’m watching this….is it silly?” Maybe it is, but it’s a heap of fun, tense and we’re still hanging out for what’s next. The key might be that the great cast are actually connecting us with seemingly authentic emotions, and maybe you will feel it too.

Even though your first thoughts are that this will have Gerard Butler shouting “This is Greenland!” as he kicks someone into an abyss, its actually a fair bit more thoughtful and nuanced than the average blockbuster. Lars Von-Tier’s ‘Melancholia’ it is not, but there’s enough thinky-feely stuff acting as a delicious chutney on your explodey-action hotdog, making the whole thing slightly less service station food, and a bit more artisanal food truck. However, it is still a hotdog, and there is cheese.

Everyone’s favourite hot mess – Fleabag – is hilarious, inventive, poignant and if you don’t end up slamming at least the first series in one sitting, we’d be surprised. This is our favourite comedy drama, for which the brilliant Phoebe Waller-Bridge was deservedly showered in Emmys. Considering it’s popularity, it took an unusual artistic credibility to cap the show at two seasons. The show’s ending is perfect, and perfectly timed at the peak of it’s powers.

Goliath – Drama series. Billy Bob Thornton is a washed up layer with a path to redemption. IMDB 8.2, Rotten Tomatoes 82%

The Inbetweeners – Wonderfully immature comedy series, loved by the initiated. Go ahead and discover the meaning of ‘clunge’. IMDB 8.4, Rotten Tomatoes 83%

- What to watch on Amazon Prime

Here are the team’s top picks to help you navigate through the scroll-iverse and goggle box world. Let us know your favs, raves and avoid-at-all-costs. We need your tips – it’s a jungle out there!

- What to watch on Disney

There’s no rabbit hole deeper or wider than YouTube. We got lost in there some time in 2004 and  still haven’t found our way out. This is what we’re watching at the moment, often at 2am.

All Gas No Brakes/ Channel 5 News 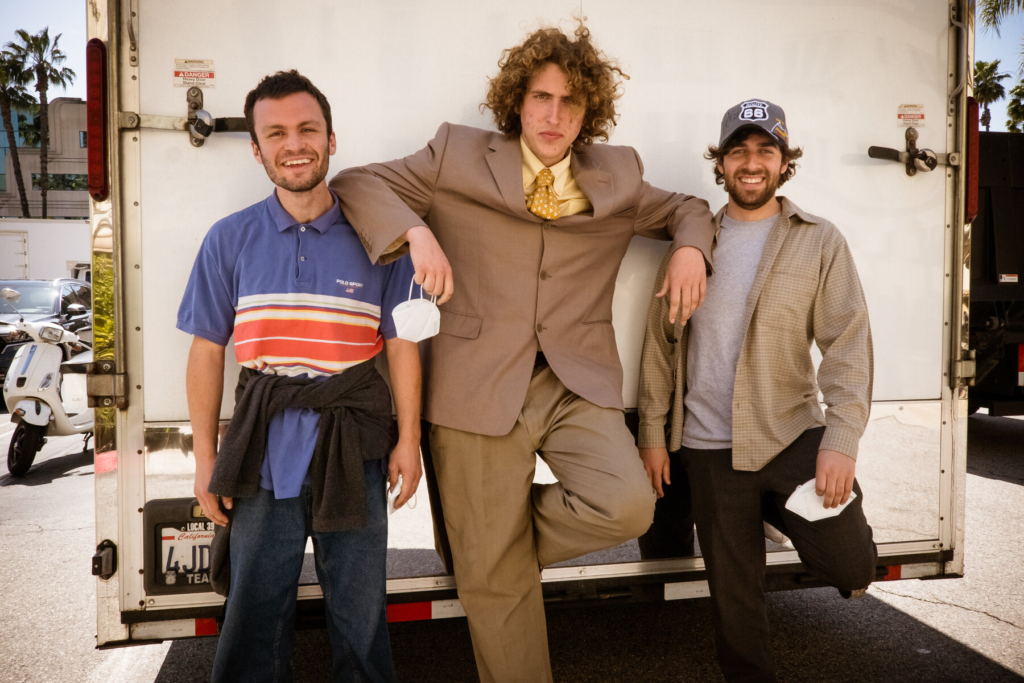 They tour the US in a motorhome and dive into the most bizarre, disturbing, and fascinating sub-cultures they can find. Straight faced, in the cheapest brown suit available, they interview real people to often hilarious results. From Trump world, to Q conferences, to the Burning Man Festival, they put Louis Theroux to shame, digging out some of America’s most genius level nutters. Their best work during the BLM protests of 2020 showed it’s not all for laughs, creating some genuinely insightful journalism. Some sort of brand ownership dispute resulted in them changing their name to Channel 5 News, but the guys are still in the RV, combing the US for the ticks in its fur. Watch a Vice profile of the surprisingly intelligent and insightful Andrew Callaghan here.

Fact based current affairs documentaries, with old-school journalistic integrity, are now a rarity in the splintered American media. Described by The Atlantic as “the best news program on television,” the series has built a reputation for powerful investigative storytelling that tackles the tough, controversial and complex stories that shape our times.”

In their own words “VICE’s website, TV channel, social channels and podcasts enlighten, entertain, and empower young people across the globe.” Smart, entertaining and informative. Vice is now huge and officially its own sub-rabbit hole in YouTube.

As they say, “Vox helps you cut through the noise and understand what’s driving events in the headlines and in our lives”. If you’ve seen Vox’s Explainer series on Netflix, you get the deal. 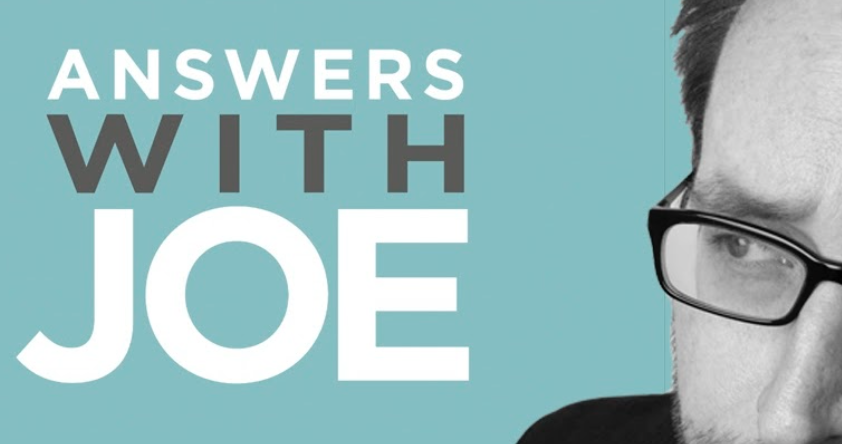 Utterly factual, and often very entertaining, Joe is the fun uncle of ‘why’? “Ask Questions. Get interesting, amazing, funny, inspiring, eye-opening, mind-shifting, informative answers. Every week. This is the home of Answers With Joe, where I take questions and comments and deconstruct them to find the interestingness – the funny, unique, but universal truths that give you a new perspective on the world. Enter with an open mind. Leave with a blown one.”

With an unprecedented valuation of two trillion US dollars, Apple has found a new way to lever more NZ pesos out of us with Apple TV+, and unfortunately we’re gladly obliging. Deviating from the Netflix formula of ‘piles-o-everything’, there is much less content, with fewer, but arguably ‘bigger’ shows.

Executive produced by M. Night Shyamalan, who either makes the best film you’ve seen in ages, or unforgivable nonsense – with nothing in between, Servant is a slow burn psychological horror that kept us hooked. A common Horror trope is for the immoral, petty or cruel to receive their eventual comeuppance, and considering that everyone here seems to be a jerk, it’s anyone’s game.  Ron Weasley is especially interesting, here playing ‘Uncle Dirtbag’. Let’s just say that this time around the magic powder is less for improving his quidditch game, and more for snorting up his hooter.

Every parent has thought this: did my creepy looking son stab and kill that boy found dead in the park? Even despite the fact that Santa was watching? You’d hope not, and thus the intrinsic conundrum of the narrative is set. Captain America can’t work it out and he vacillates between believing his progeny is guilty, or innocent. Based on the eponymous novel, the story moves back in forth in time, tantalising us with new details, and building to a tense climax. Someone’s getting a detention…or maybe not.

On discovering the first promotions for The Morning Show, our first thoughts were strictly “meh”. However, the novelty of Apple’s first big flagship show dragged us into the premiere, and there’s been no looking back. It’s perfectly executed glossy drama, with an A list cast at the height of their powers.

So what are the whales thinking about? Are they just bendy-bus sized krill obsessed tubes of feeding blubber? Do they have a laugh scattering seahorses with their massive built-in underwater air-horns? Actually, it appears they have a complex intelligence evidenced by their rich and varied communications. Their songs boom, click and whistle through the oceans, and show suggestions of language, dialect and individuality. This fascinating documentary, with a New Zealand connection, shows the dedicated scientist sea-nerds looking for the rosetta stone of whale chat. It’s a great family watch, with the caveat that the feature whale species has a PG-13 name: The Humpback.

This is Apple TV+’s adaptation of the legendary Sci-Fi author Isaac Asimov’s series of books. An epic story across a galaxy, with production values out the wazoo, it feels like the first wave of a new Dune-on-tv category. For fans of science fiction there are lasers pew-pewing, and an update on hyperspace travel (WHUMP! It’s got a black hole onboard, innit?), but this might be closer to a PG rated Game of Thrones than Star Wars. Either way, they’ve definitely spent a fortune of imperial credits on the whole shebang. A great cast features Lee Pace as a mesmerising psychopathic Caligula-from-outer-space and we could watch him wax diabolical all day. Now, some of us have dropped off  as they felt it was a little, well, boring (in space, no-one can hear you yawn), but the feeling is that it’s a slow burn and four eps in, it’s certainly building. Beware, Foundation comes with a threat-level FOMO warning: some of us remember a certain GOT being a little humdrum for the first couple of eps, and at it’s peak, for those who were out of the ‘Thrones’ loop, it was like being on another planet. That situation cannot again be risked. Standby, you know nothing John Snyooo….

- What to watch on Apple TV+

There’s nothing worse than getting excited about a new social media trend or trick, then hitting the social media brick-wall-of-shame. While everyone else dances about inside the entertainment bubble that is Reels, you’re left accepting the things you cannot change and scrolling IGTV for substandard thrills.

It has been a while now since Instagram introduced Reels, but a significant number of us still can’t see this or use it. Fear not, peeps; hopefully, this hack is the latest and best trick to get you access to Reels while we wait patiently for Instagram to fix this bug once and for all.